Get inspired about your new pantry or pantry remodel!  There's so many details, and we love every one of them!

Too Pretty to Be a Scullery

Pantry Layout Designs For Every Home

11 Ways to Organize Your Pantry

Are brown spots showing up in your DIY projects, or in your home? You're not alone. When I painted over my pantry shelves, I ran into brown spot issues. I realized that there are often brown spot issues throughout the home, but all have different sources. Could one of these be yours?

Water stains are often the culprit of brown stains coming through ceiling paint. The source could be a leak, condensation, or ice dam leakage. Water stains should never be ignored and inspected immediately.

In the case of a leak, the source could be a leaking pipe or appliance (if there is a bathroom or appliance in use above the ceiling on a second floor). The leak could also carry over (running along a pipe) from a different location, dropping to the visible spot you see.

If the stains are on the corners of an outside wall or along the edge, it could be failing insulation or a roof that needs replacing. When the insulation is not sufficient enough, ice dam leakage occurs. It's important to inspect the attic for any stains or condensation. You may even have to lift up insulation in the attic to find water damage.

Improperly insulated ducts and connection to roof caps that are not airtight can be a source for condensation. Instead of releasing moisture outside, it condenses at the joint. The water from the condensation slides down the pipe, making it's way to the ceiling. It's normal to have frost in an attic, but attics are built to allow the moisture to exit. If these exits are blocked or mafunctioning for whatever reason, there could be issues.

In all of these issues, the source must be fixed. Water stains can not only cause visual damage, but it can erode the drywall, making it weak and crumbly. Once the source of the brown spots are fixed, the ceiling can be repainted.

Damaged areas should be thoroughly dry before appying paint. Use a special paint product for mold and mildew stains. KILZ brand is the king of products to use when blocking stains prior to painting (KILZ is generally an oil-based paint product, but there are latex versions as well). KILZ even makes a special aerosol paint to cover up ceiling spots. It's important to coat the stain two or even three times (drying between each coat). It would even be wise to wait a couple of days to see if the brown creeps out again. No one wants to touch up a spot after the ceiling has been fully repainted.

You may wonder if you have to completely paint the ceiling after touching up one spot. Often, the answer is "yes." Touch up paint products are helpful in that they diminish the eye sore, but they won't completely match the ceiling paint. If you want your flawless ceiling back, it will have to be completely repainted after the brown spot has been touched up.

Other sources for brown spots on ceilings

Mold could be a reason for brown spots on ceilings. Popcorn ceilings (ceilings with texture) can harbor dust and dirt, soot from a fireplace, or nicotine use in the home. If the source is mold, conditions are likely a humid environment such as a bathroom. If the room has an exhaust fan clean it out and make sure it is working properly. The ceiling can be wiped down with a solution of bleach and water to instantly remove the mold.

If the mold is in other parts of the house, serious inspection must take place. Mold can be a health hazard and should be taken seriously.

Cleaning supplies to clean mold off of bathrrom ceiling.

Water damage could also be a source of brown spots on walls. However, there are other contributing factors to brown spots coming through paint on walls.

Surprisingly, the color of the previous paint color can cause brown spots when painting over it. Forum user "Nestor" explains that certain colors have tannins in them, especially reds, yellows, and browns. Tannins are highly soluable in water, so painting over it with a latex primer often leaves brown spots when it dries (even though it was a defect-free wall before).  According to Nestor,"that's because the tannins in the wood dissolved in the water in the primer and diffused through the thickness of the primer film to discolour it's surface."

This is another factor that supports always priming colored walls before painting over them. In this case a latex primer may not be successful, or two coats may do the trick.

Other sources of brown spots on walls

If the stain is round, it could be rust from a nail head (but rust typically blisters paint). If you're painting over wood, tannin oil bleeds out from knots. If you have natural wood siding on your house (such as cedar or redwood), signs of seepage to the interior could be coming from that.

This picture mimics the same experience seen in my in-laws home. It is exactly what was happening in their livingroom and adjacent office. A person in this forum describes this as leeching of paint, called surfactant leaching, which appears as a drippy substance on an otherwise clean wall. I just assumed that it had something to do with the boxelder bug problems we have seen in the midwest, United States.

From the Benjamin Moore paint site:

"Surfactants are necessary ingredients of latex paint. These water-soluble components migrate over time to the surface of the paint. When newly applied latex paint is exposed to high moisture or humidity while it’s drying and/or curing, the surfactants can rise prematurely to the film’s surface, producing a residue or splotches. This residue can be sticky, discolored, glossy or soapy in appearance. Surfactant leaching frequently shows up in bathrooms and other humid environments on ceilings or walls."

Users reported repeatedly washing the drips off, but they would come back. Another user said they most often seen this phenomenon in bathrooms (the example in the picture was in a hallway). The drips my in-laws encountered were around windows, so pointing a finger at high moisture environments could be justified.

Brown spots on wall after painting

Brown spots on wall seems to be a more common problem in fresh paint jobs. New repaints, if not allowed to fully cure, can leach out, especially in a high-humidity enviroment, such as bath or shower use.

I'll just throw out that having bees in your walls can have similar consequences. Sometimes homeowners or landlords don't realize there is a bee issue of hive building and leakage. Of course, this is a rare circumstance. My in-law's drippy issue was confined to two rooms in an older home with the same paint color. It is a more logical explanation that it is a surfactant leaching event.

You may encounter brown stains coming through chalk paint. Chalk paint is popular for painting furniture because you don't have to prime the furniture first. As stated earlier, if you are painting over wood, tanins in the wood could be reacting to the paint.

If you are attempting to paint over previously stained furniture, the stain can be coming through, as in my example below of painting pantry shelves. It is always wise to prime before painting, even though the chalk paint is advertised that you don't have to.

My pantry makeover vision included painted sage green shelves. When I removed the old 1970s contact paper, I discovered why the paper was there in the first place. It was covering up an accidental wood stain spill. I could see that it was a spill from the telltale splatters on the wall as well as the shelving.

It was quite a dramatic spill. Looking at it, any DIYer would have given up. I had my sage green vision and nothing could stop me.

To stop the brown stain from coming though my paint layer, I had to resort to covering the shelf with Rust-olium protective enamel oil-based paint. I had to take additional steps before I could paint latex paint over the now covered oil-based painted shelf. Mind you, this was after several coats of the usually reliable KILZ stain blocker bleeding through.

Brown spots showing up under paint due to spilled refinishing stain.

Now in hindsight, I see where contact paper was the perfect solution to blocking stains on wood. I could slap the contact paper over the wood, put a layer of primer on it, and then coat with my latex paint color of choice (I wish I had done this had I known the damage lurking below). The next time you have a stain that keeps bleeding through paint, especially a shelf, consider covering it first with contact paper.

This wasn't my first rodeo. I've encountered brown spots coming up through paint jobs before. In this case, it was very obvious what the source of the brown spots were, but you may never know where your mystery brown spots orginate from.

Priming consistently prevent issues. It's so important, that I added it to the list of steps for successful painting in "Motivational Painting Advice." I also talk about it in "The Right Pantry Paint Makes a Difference" and a whole section in "6 Steps to Take Before Painting Pantry Shelves." It may seem like an extra step, but when you encounter issues like brown spots, taking proper precautions really saves you time in the long run. 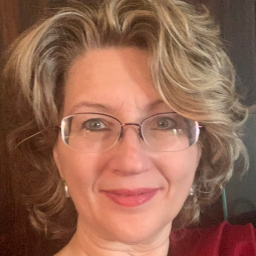 Wood or Wire Pantry Shelving, Which is Better?

6 Steps to Take Before Painting Shelves

GET PRACTICAL AND TIME-SAVING KNOWLEDGE

Please log in again. The login page will open in a new tab. After logging in you can close it and return to this page.